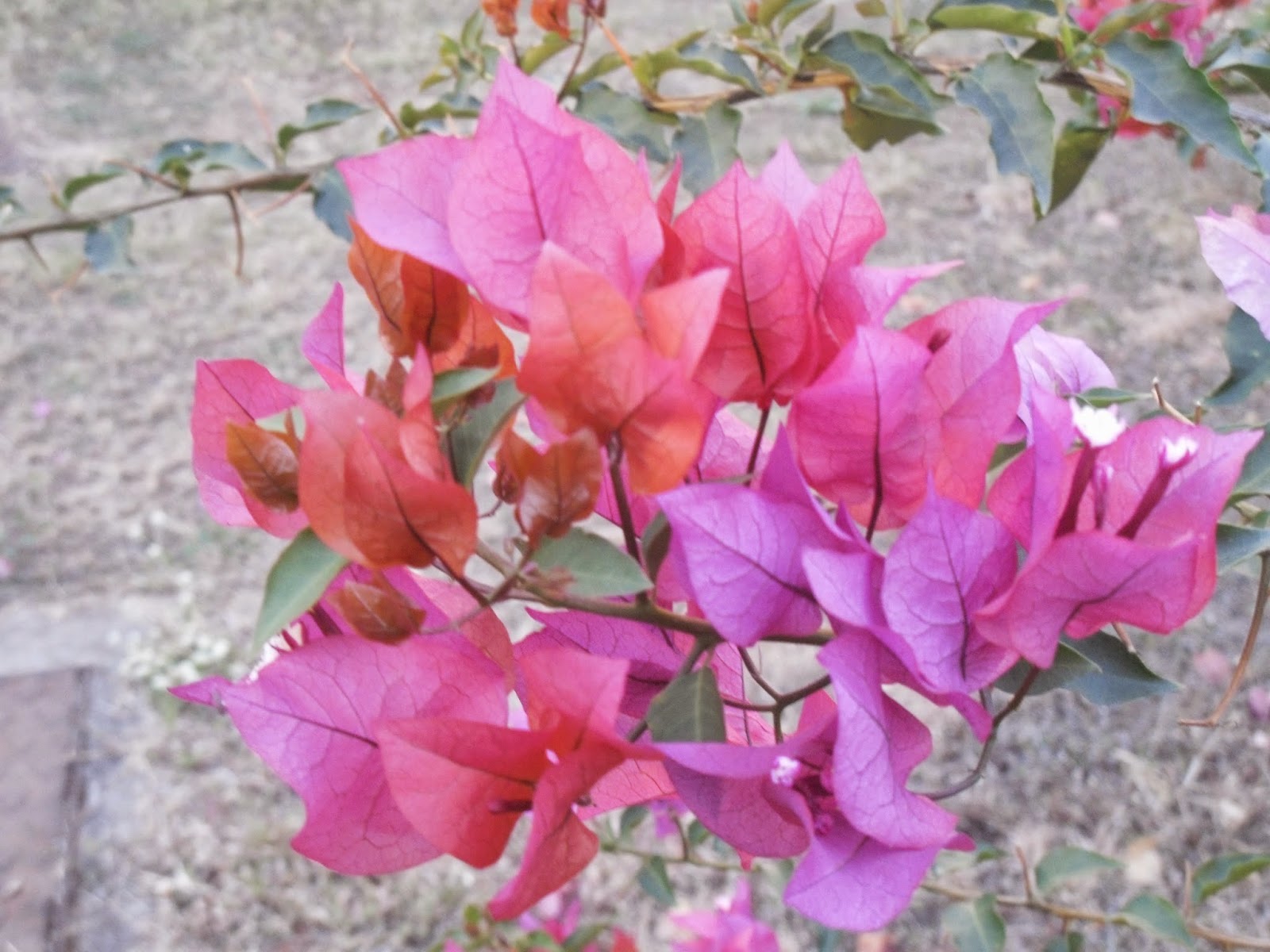 I grew up surrounded by bougainvillaea bushes that covered every adjacent wall with their magenta blooms in abundance. The bushes flowered so generously that one ceased to notice them at all. They were as nondescript in my view as the grass or the weeds growing in the cracks of those walls.

And one could neither wear the flower nor use it in decorations. 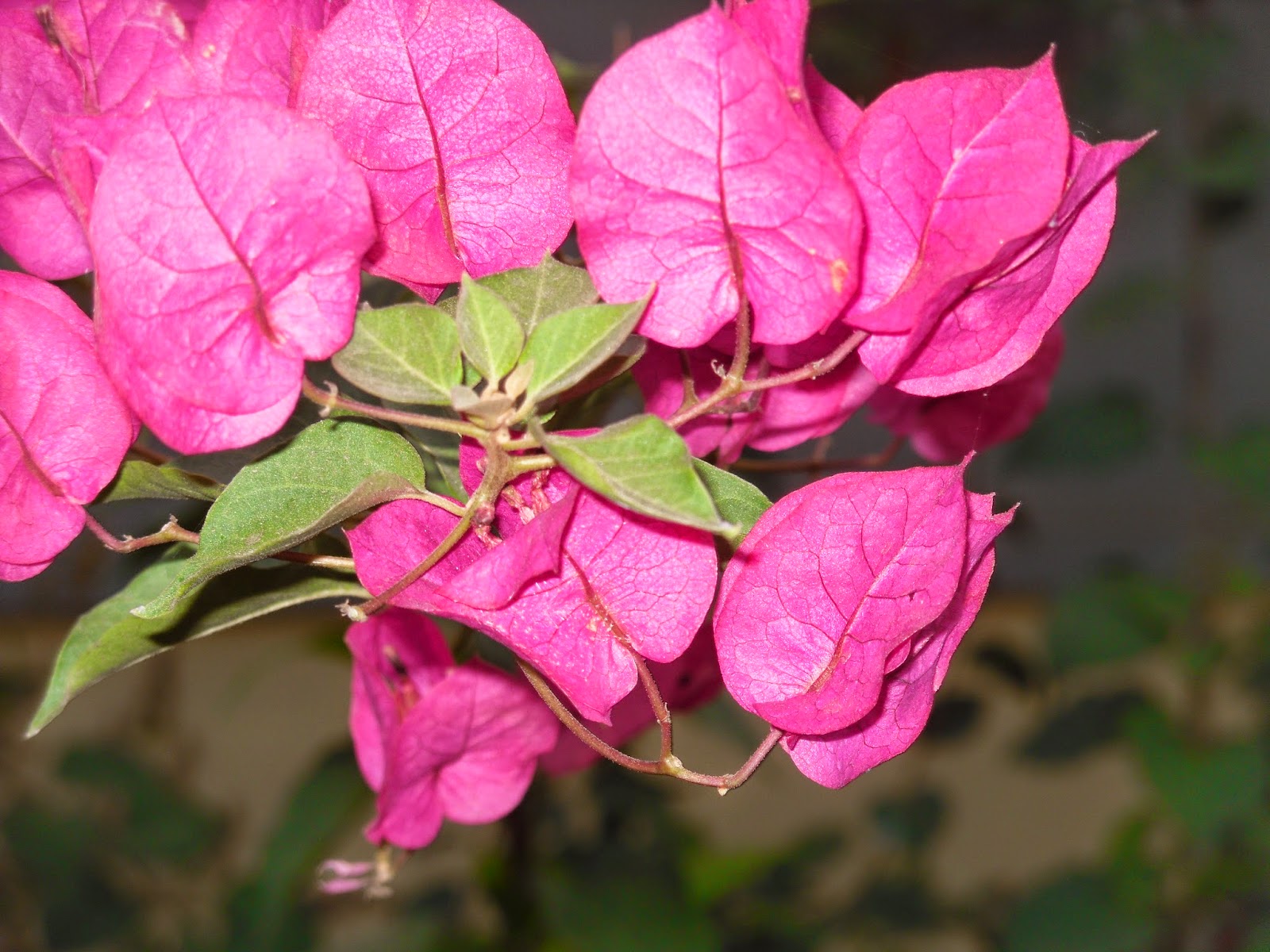 The orange and off-white or white flower had some value in my eyes but not the unapologetically abundant magenta.

And then sitting here in Asia Plateau, I realise that the humble, shamelessly prolific magenta bougainvillaea is the perfect accessory for the rough-hewn, messy-looking, volcanic remains that make up the terrain of the Deccan Plateau. This is a plain, no-frills, even drab landscape if you are accustomed to your nature coming to you in conventionally pretty looks. The vivid sprays of bougainvillaea are like a beautiful bright shawl thrown carelessly over ratty jeans and an old T-shirt. You look at them and think, "Why, it's the very thing!" 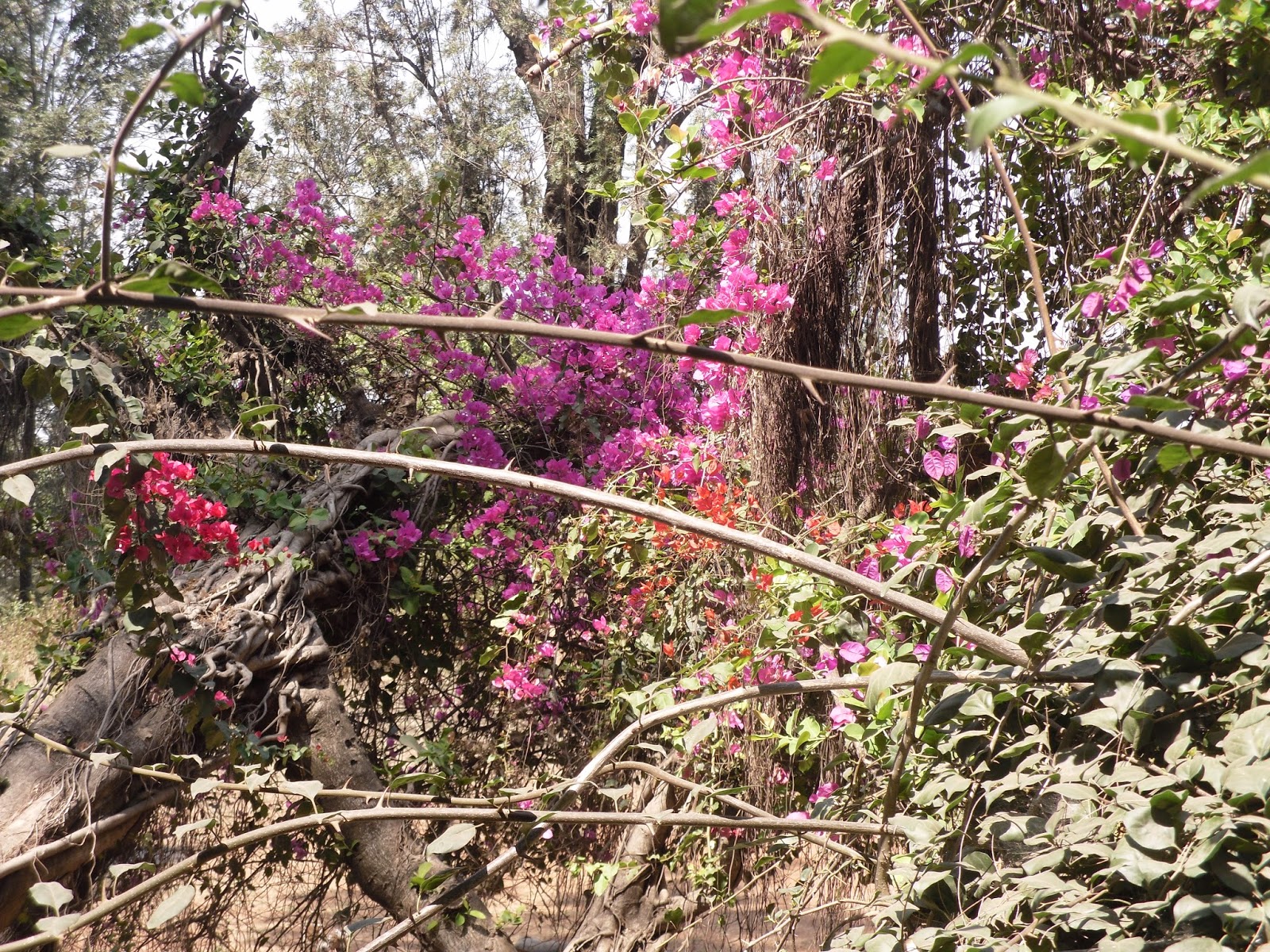 Of course, just as every human is beautiful in their own way, the Deccan Plateau is also quite spectacular to the discerning eye. I still don't have words for it, but if you look closely, you can imagine the rock-faces of the hill-sides are sheets of lava frozen in time. Look on the ground--no one cleared after the last eruption--or the last horse-ride. Grass grows on some surfaces, not others. There is little tree cover, except where the Tourism Department has landscaped the terrain, planting mainly... bougainvillaea. 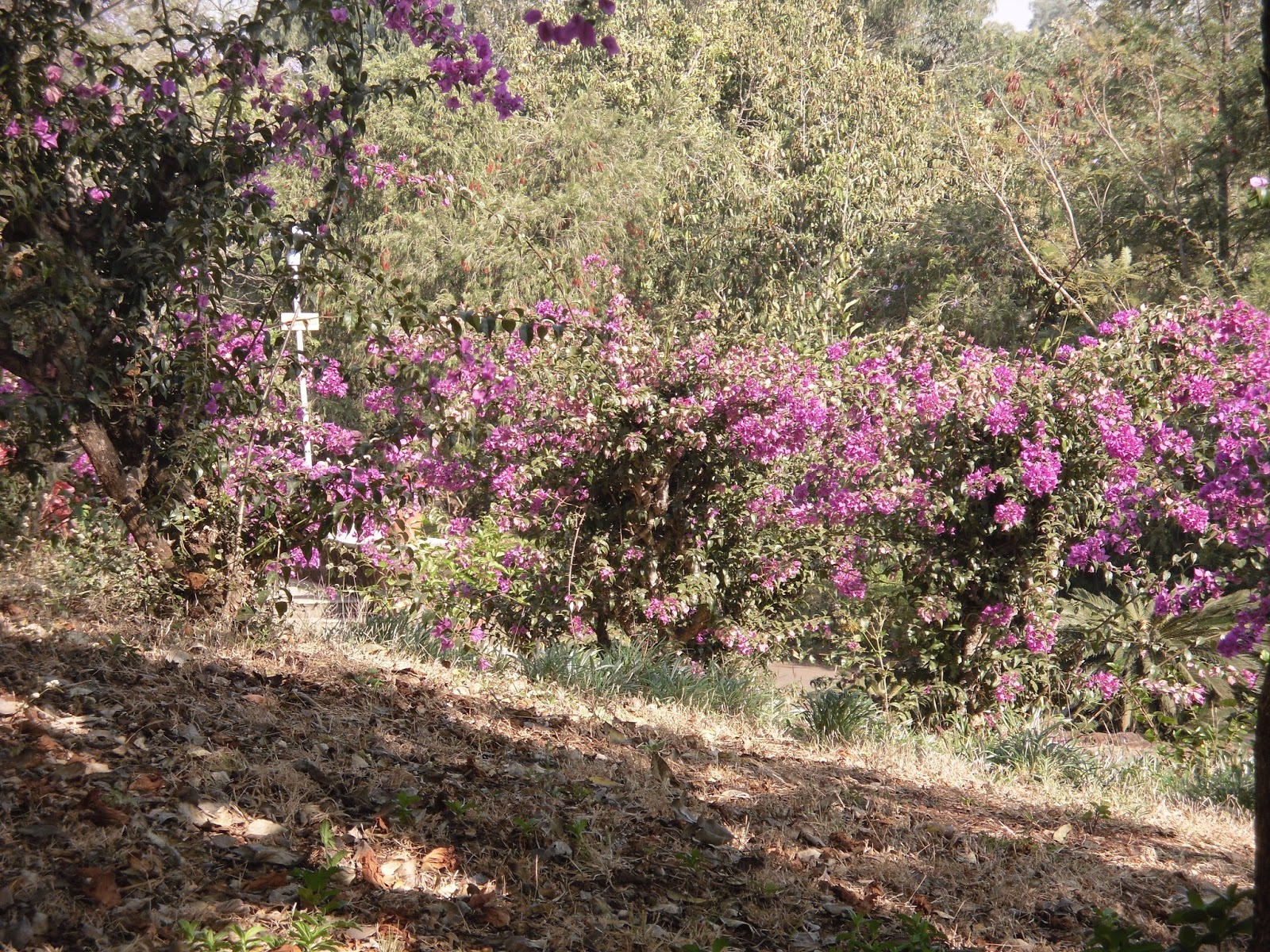 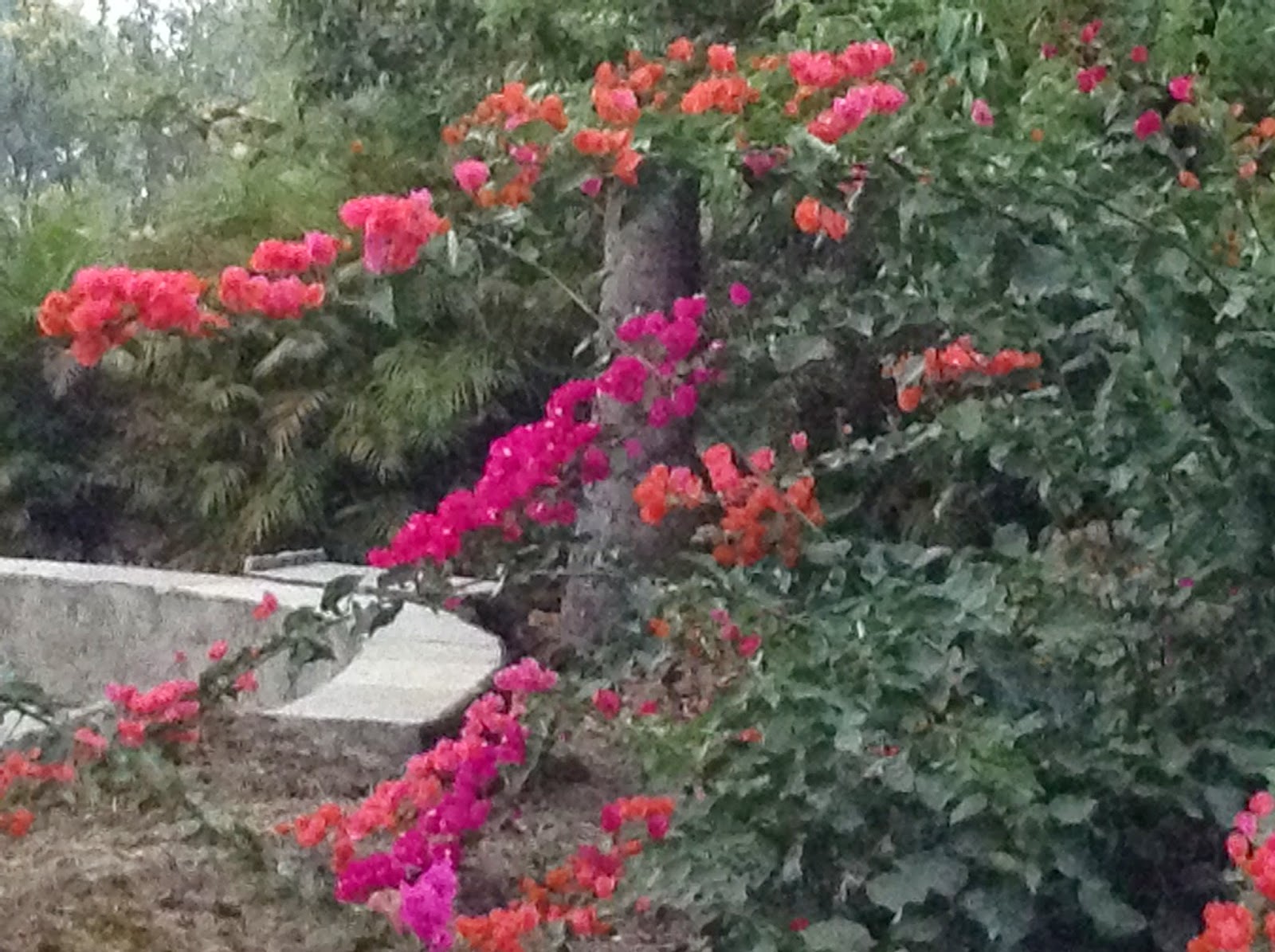 Posted by Swarna Rajagopalan at 16:04 No comments: