The theft of Shakti

Yesterday, my friend took me to the "Jogini Peeth" outside Bhubaneswar. This is the archaeological site labeled "64 Yogini" in Hirapur. I had seen photographs of the site online, and as someone whose ishta-devata is Devi, it had drawn my attention and interest. But I did not want to go there alone. 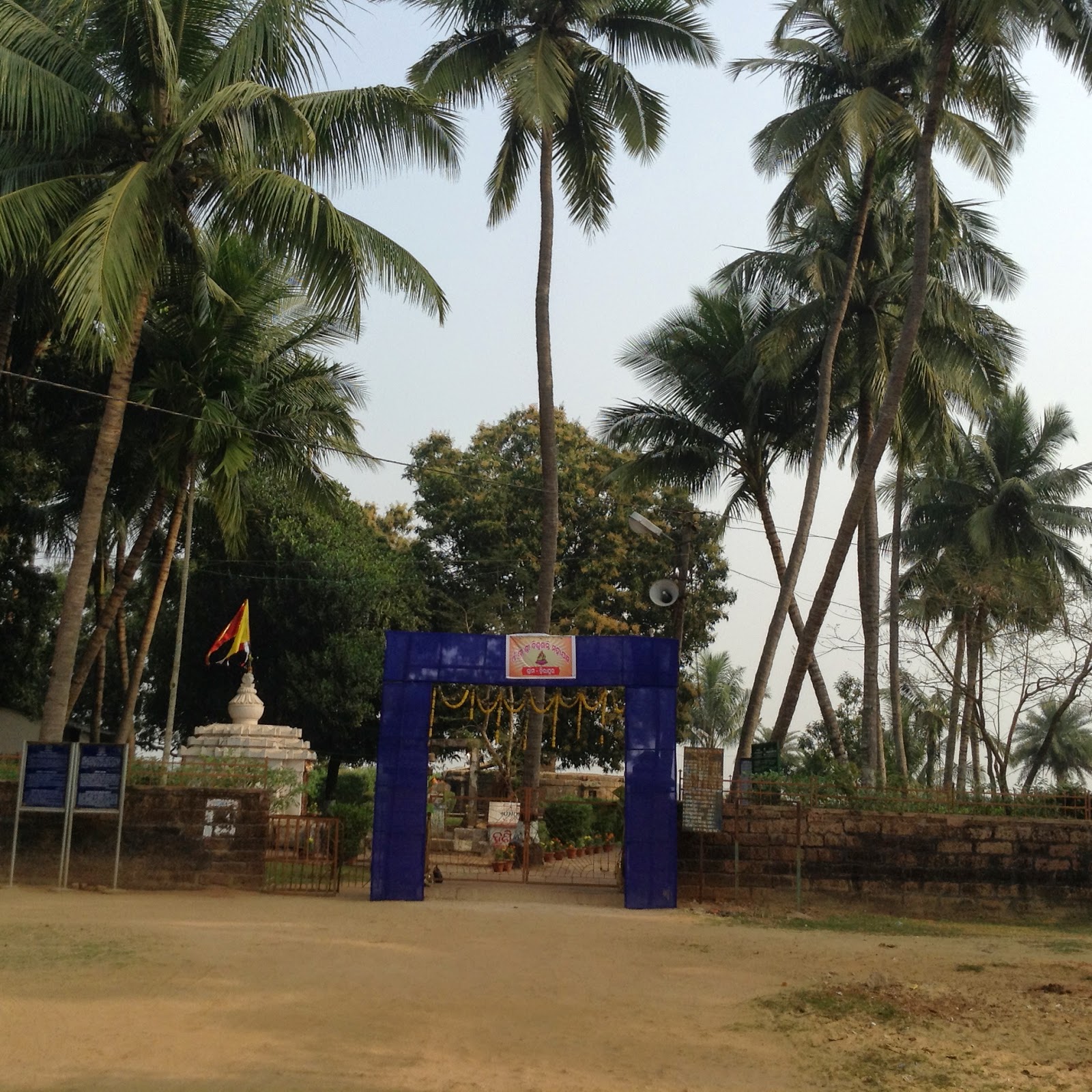 The idea of the shakti of 64 Yoginis focused on a small circular, semi-interior space was overpowering. I did not know how I would feel in such a space--either utterly empowered or totally intimidated. The thought of it thrilled me and frightened me at the same time. I wanted Asha to come along with me.

As you enter the ASI site grounds, you first encounter a modern, functional temple on the left with a small Shivalingam. It's very much a street-corner temple, the kind that nestles at the foot of a tree--nothing grander and certainly not fancier. It appears as if anyone can officiate; a village woman was performing the aarti as we entered.

We walked on to the 64 Yogini temple site, which is smaller than it looks in photographs. Something about the space reminds me of the Kailashanatha temple in Kanchipuram--an enclosed courtyard open to the sky. There are no meditation niches in the inner walls here, but 64 Yoginis occupy the inner wall of the structure. Outside, carved into niches on the exterior wall, nine Katyayinis (nava Durga?) stand guard. At the centre is a raised platform that looks like it may have been used for sacrifices or initiations. With that kind of energy, what a great place for deeksha! You circumambulate the structure and at the back there is the main icon--Mahamaya. Or rather, you are told it is Mahamaya. 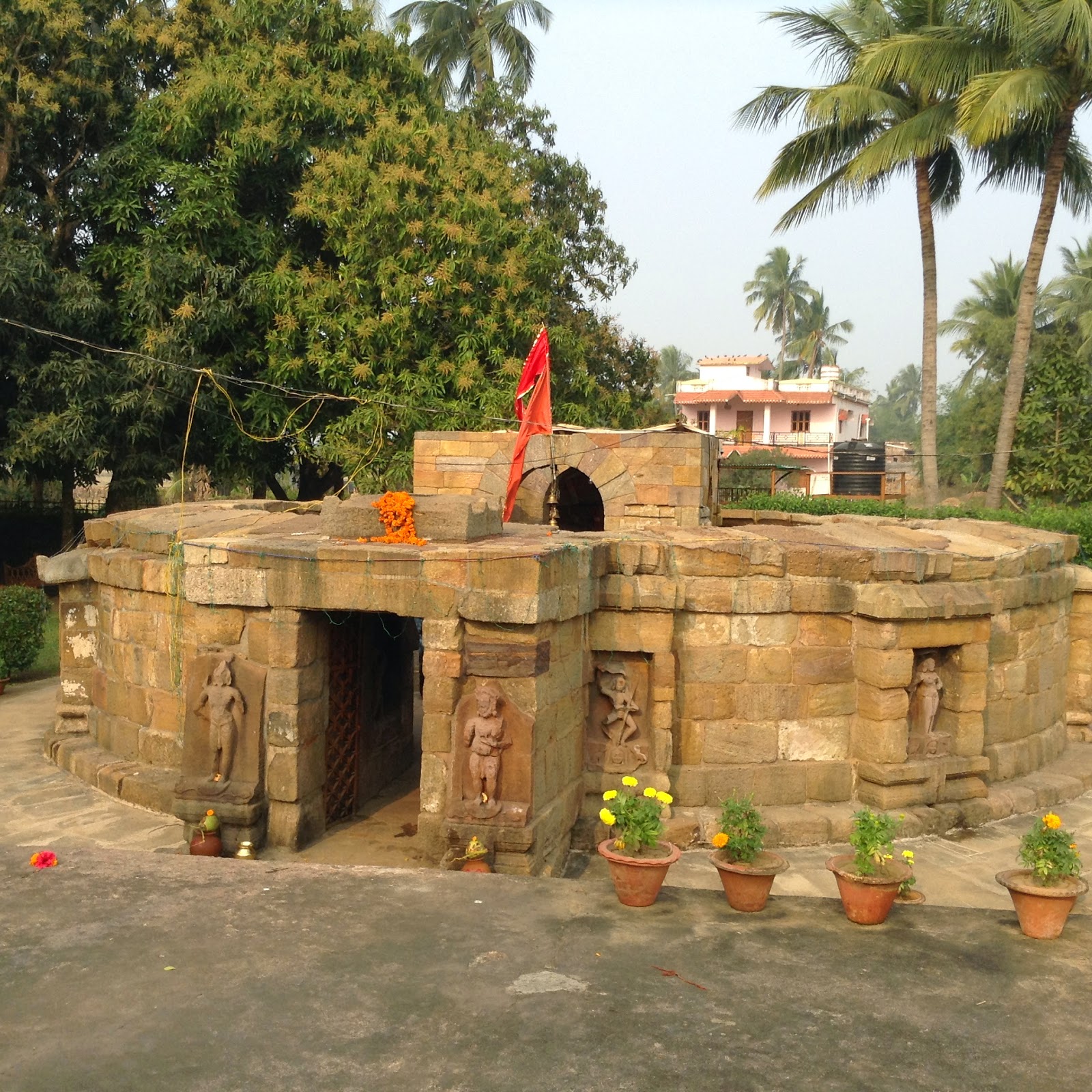 My friend told me that on a visit right after the site was excavated a few decades ago, the temple was charged with energy--and in disuse.

Yesterday, the conversion of the temple to a village shrine was complete. There were coconuts and flowers placed befor each Yogini icon. And Mahamaya was shrouded in cloth screens. Two officious men were officiating. Water, probably coconut water, made the ground slick. A worshipper sat waiting for the ritual to end. When I walked in for a second look, one of the "priests" offered me kumkum and a flower and asked for baksheesh. The desecration of the Yoginis was complete in my view. I walked out and kept walking, irritated by being accosted, being asked for money and being chased to the entrance by one of them.

But that is normal for most temples in India, unfortunately.

What broke my heart yesterday was how pedestrian the experience felt. To my mind, a place that represented the channeling of the spiritual energy of 64 Yoginis should have been completely charged. Positive energy should have been bouncing off the walls. There should have been an electric wildness in that space, barely contained, channeled by great discipline. That's what the idea and images of the structure had evoked in me.

I found that spirit had been broken. It was domesticated by coconuts and everyday petitions. It was desecrated by the interference of priest-like individuals. It was defused by the normalising rituals of patriarchy. Free spirits had turned into deities and men were now mediating between feminine energy and the women who are its embodiment in the world.

Rather like the story of every bright, talented and energetic girl who is taught to conform and adjust.

What had we done to these independent, spirited and powerful creatures, the Yoginis? I grieved. 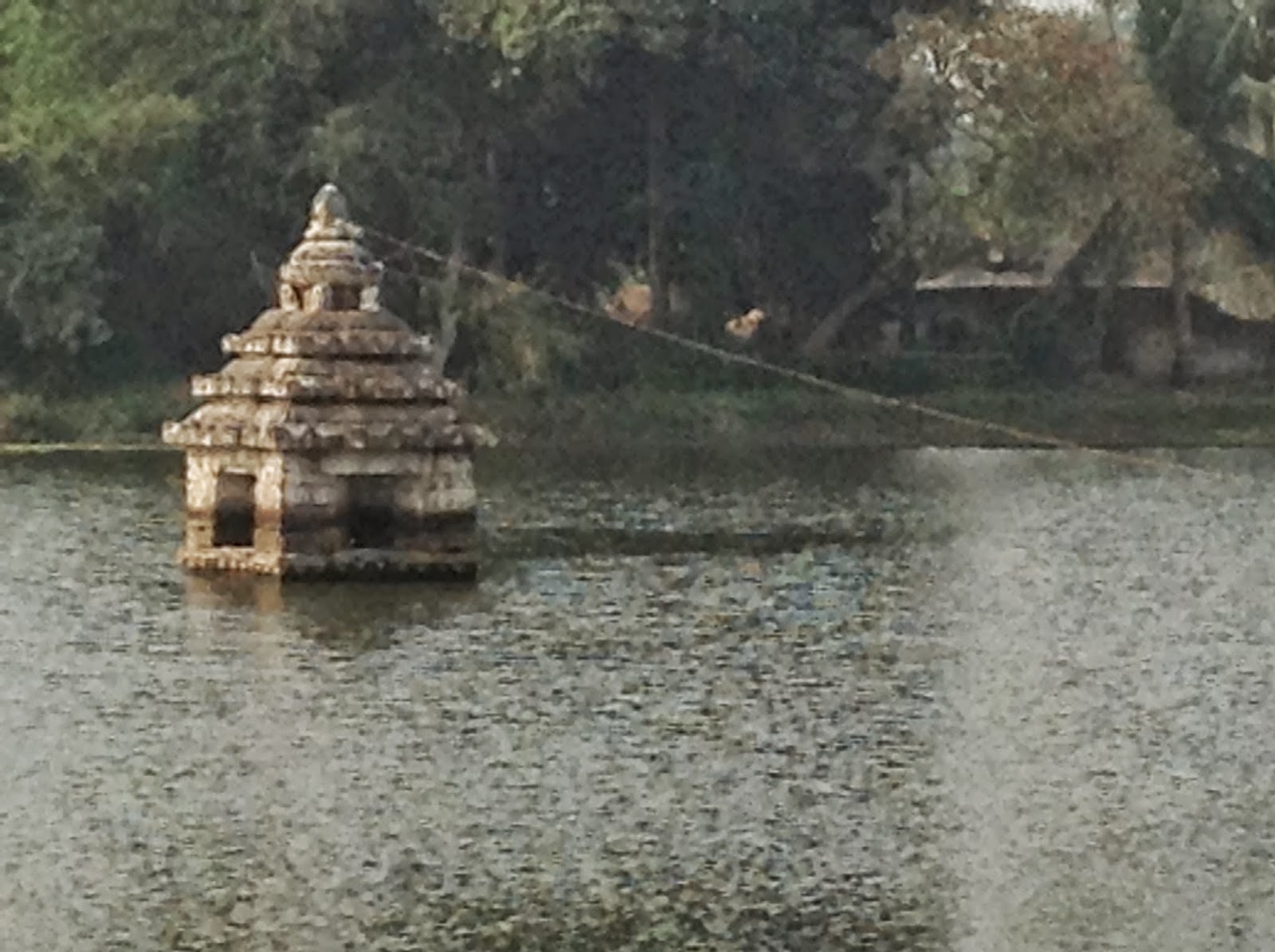 I left with one small hope. That the 64 Yoginis have escaped and found a safe space to hide from the machinations of patriarchal Hinduism in the tangles of this tree outside the complex. Or that they are submerged in the waters of this pond, biding their time, waiting to emerge and wash away all the things that limit our thought and agency.

I need to believe that so much shakti, such a concentration of feminine energy, this feminine/ feminist spirit cannot be so easily dissipated and destroyed.

My own spirit depends on it.
Posted by Swarna Rajagopalan at 11:40 No comments:

I came across this report that Satkar restaurant near Churchgate is moving to New Marine Lines. So many memories of childhood came flooding back.

I think 30-40 years ago there used to be an Indian Express office in that building, maybe the circulation office. My father would sometimes have to go there early in the morning on a Sunday, and when he did, he would bring back hot puris and aloo bhaji from Satkar. The hot, brown paper-wrapped packages just made our day. We could scarcely wait to feast on the puris, still hot, but somewhat deflated in the 5-10 minute journey home. In any case, the bhaji had onions, green chillies and coriander, all of which I would pick out in those days, so what was the point of waiting?

My father never bought exactly eight puris for four people; he was a generous person and it would seem to us that puris continued to emerge forever, keeping pace with our voracious appetites as growing children. It was a true feast for us!

In time, I would go to Satkar with friends on the way to and from other places, and I have eaten other things there, but I remember nothing as well as I remember the puri-bhaji. Some years ago, I visited Bombay for a visa interview in the Churchgate area and practically ran over to Satkar after that for a nostalgic feast of puri-bhaji. The surly waiter told me it is no longer served there. I was disappointed and outraged.

The news about Satkar moving from its landmark location would make me a lot sadder if they still served puri-bhaji. Without that dish, I guess the restaurant I am nostalgic for has not existed for a while anyway. Perhaps it really doesn't matter where they move.

Unless it is to the location of Sanman. And that's another story altogether.

I want to add a disclaimer to this post. I am not a "foodie," a word whose meaning I only learnt after moving back to India in 2003. Food doesn't have to be special and unique and authentic and exclusive for me to enjoy it, and eating is not performance for me. I like food to be filling and heart-warming, and as I grow older, the simpler the better, actually. I have no patience for conversations about recipes or special ingredients.

So this is not about how authentic the food at Satkar was, it is about how special the memory of Satkar food is to me. Satkar's puri-bhaji memories are also happy memories of my father, and of us as a family, sitting around our dining table in Bombay.
Posted by Swarna Rajagopalan at 10:43 No comments: